Keep Moving! There’s Nothing to See!

Jean-Luc Plouvier, artistic director of the Ictus ensemble and instigator of the Liquid Room project, explains the main elements of his work with composers and other arts.

The Liquid Room concerts by Ictus are imagined like small, thematic festivals; each edition treats a particular problem. Sound & Vision focuses on the musician’s body, captured by the light just as they make strange or confusing movements. Despite spectacular surface transformations, an entire side of contemporary aesthetics continues to understand itself using the paradoxical compass of Georges Aperghis: the moment of the utmost disorientation is when the question, “what do we do with the music?” suddenly seems the most apropos.

Where are we? A new generation decidedly invested in venues like Darmstadt or the MaerzMusik in Berlin… I’m talking about a generation that created ensembles like soundinitiative or Nadar, for example. Written music coexists with non-written or semi-written propositions, including installations, improvisation, live encoding, sound arts, drones, microphone performances, etc. It is about them we are talking in Sound & Vision. It is easy enough to see juxtapositions and interests: contemporary art, post-dramatic theater, cultural studies. And as a general rule: a comfort in a multiple world crossed by temporalities with different speeds; with the danger we know well, that of joyous enthusiasm in front of Pluriel’s Christmas tree. But, at least, there is no crying—contrary to disappointed Modernists, charred by the love of the linear story of written music and the broken promise of a new solfege. 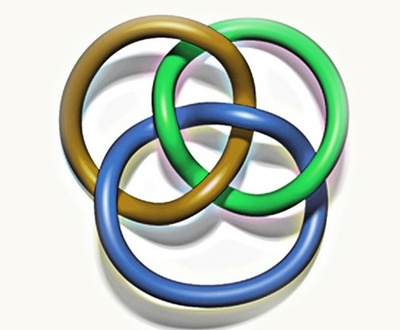 The oedipal war will not be held. The question, suddenly, can no longer be formulated in binary terms, it is no longer that of a next wave that will demote an earlier repertoire. My experience with Ictus is modeled on the trinary scheme of the Borromean rings. For those allergic to mathematics, see the image – and I can remind you of the principle: three circles of string that are only attached by two; the circle 1 connects the 2 to the 3, the circle 2 connects the 3 to the 1, the circle 3 connects to 1 to the 2. If we cut one of the circles, the entire group falls apart. My first circle of string concerns the way music is presented and alternatives to the philharmonic representation of the 19th century.  The second circle concerns collective modes: new practices are now flourishing, a thousand light-years from those that the ensemble imagined as a mini-orchestra. And the third is that of the repertoire: do we want to think of a broader field where written music rubs shoulders with other sound arts? This is not a slow selection theory, nor a revolutionary model that makes the situation explode. It works via successive perturbations: when something moves in one of the fields, no matter which one, it effects the relationship it holds with the two others. This is what is happening today.

Having said this, recognition of that which is “specific to art” — specific to music, to sound art, to theater, etc. — still interests me. Not in a logic of identity, to know who I am (only an idiot believes he is what he is), but in a logic of desire, where it is about asking (this is the key word). I consecrate a lot of time to music, the practice of which is full infinite riddles for me, what can I ask of a dancer who devotes so much time to dance, for example? The “specific” quality of a musician is his strange body at work, and I hypothesize—paradoxically—that the musician’s body is a performance that is both necessary and sufficient in and of itself. The concert of the future. For this subject, I feed off the ideas of François Nicolas whose condition necessary for a musical “body to body with an instrument”, I interpret like this: the production of musical sound has nothing to do with anything in terms of triggering or stimuli; these are unidirectional operations. True instrumental work is rather a process of adjustments where the ear corrects the gesture in infinite speed in accordance with numerous circuits and the intuition of a potter. And, from my point of view, this can concern the work of a machine, a turntable, a computer, a group of potentiometers like Tarek Atoui proposed. This depends only on the possibilities for adjustment. Furthermore, and still following the ideas of François Nicolas, the musician does not truly address his music to the listener, but addresses them his “musical” sound production: he is heading in the direction of the musical, he invokes the musical in never-ending adjustments of his gesture whose clues are the vibrato or the ornamentation, the resistance to a mechanical tempo, the modal inflection, the sculpture of timbre in time, basically any “vibrancy” of his musicality. This makes the body at work “towards musicality” an exciting show in and of itself, even if the musician moves little; I mean even without adding any extra sign of expression. Jennifer Walshe published a manifesto in Darmstadt in which she determines, “It is time that musicians have a body,”. To me this seems a little beside the point. The problem is more about how to create collectives of musicians ready to test their own type of corporality in an array of new situations.

Concerning modes of representation: the question of the participation of the public, already raised in the 1970s, is brought up today in slightly different terms. Be it via psycho-acoustics, as spectralist artists did, or via a listening theory as a decision, today we admit that listening is a rich activity that is a part of the work without having to reward it. Nonetheless, the traditional concert format, transplanted from the 19th to the 21st century with the same frontal presention, the same immobility, the same request for religious silence, the same challenge for the listener ­— always already a suspect of being a hyperactive who has escaped from a video game club without having taken their Ritaline — is starting to annoy us. Symptom: the sadistic controversies on coughing; as if it was possible to stop anyone from coughing during a concert… A nervous cough is the revolt of a listening body; loosening the corset strings a little suffices. This is what Tom Pauwels convinced us to do by inventing the Liquid Room series, offering the public fluid paths among different stages (choosing your listening perspective), leaving the bar open to indulge your attention, and if people cough, we’ll turn up the volume! 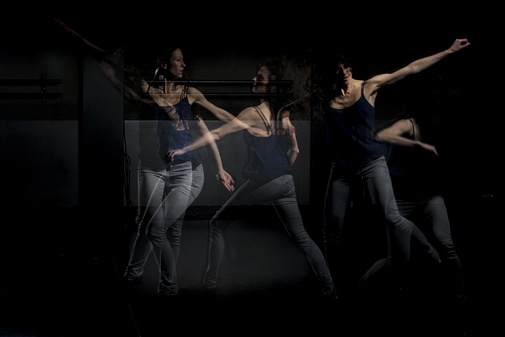 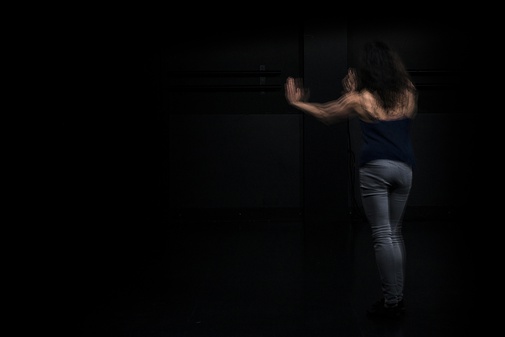 When the classically trained musician (like me) turns trustfully towards his friends who consecrate their time to sound art or performance, the grimoire of tradition doesn’t disappear in smoke behind his back in favor of I don’t know what forgone conclusion for breaking the code of the world. You can simply ask them something about their practice, their way of creating a collective, their spaces, their methods for writing or their oral traditions, and in return they will ask what work to listen to, what composer they should turn to to solve such and such a problem, a hundred questions will be asked of him far from all questions of masterpieces. The freshness of these reciprocal demands will sometimes distance their surly colleagues, quick to judge and become outraged, and this distancing will perhaps be a bereavement for him, but it is also the promise of a more joyful existence.

By Jean-Luc Plouvier, artistic director of the Ictus ensemble