A New Workshop for the ManiFeste-2017 Academy

The electroacoustic music interpretation workshop combines the computer music workshop from academies past and computer music classes. In keeping with IRCAM’s educational mission, this workshop provides the opportunity for young musicians to get to know the repertoire and objects used in mixed music, to learn about instrumental playing styles for works with electronics, and to address new musical situations. This workshop is part of an ongoing partnership between IRCAM and the Pole Sup'93.

Student musicians and computer-music designers are paired off, so that while the musician plays the computer-music designer works on the electronics in real-time; this is incredibly beneficial to both parties. This new way of working has changed the focus of the workshop. Grégoire Lorieux says the workshop has become more concrete because it is “less centered on computational complexity than on the educational contents applied to specific difficulties established during classes.” Computer-music designer/specialized instructor at IRCAM, Grégoire Lorieux contributes to the development of educational programs such as the Workshops of Creation with young students or the mixed-music course intended for student musicians at conservatories, music schools, or instrumental ensembles.

Interview with Grégoire Lorieux, instructor for the Interpretation Workshop on Electroacoustic Music 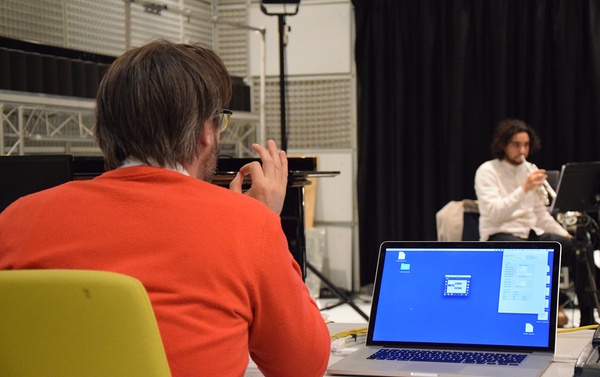 What are the requirements for this workshop?

For this workshop, the students need to have basic training in music software. Performing the electronics of a piece doesn’t just mean making sure it works. It means preparing the electronics and the rehearsals with the musicians prior to the academy. It means knowing the scores, analyzing them, their aesthetic, their history, even the technological context in which they were created, otherwise you stay just on the surface of the works.

Even if the electronics function, work is not finished; this is the point where it begins. The aim of the workshop is to make the students understand the importance of the interpretation.

It’s also necessary to learn how to articulate the work between computing and sound, to work closely with the sound engineer; the execution of mixed-music lies largely in their hands. The technical decisions are important, they have aesthetic repercussions that can make scores sound differently; sometimes you have to take this decision oneself. It is all a question of balance (between electronics and acoustics), amplification (its intensity, its power), technical issues (equipment choices, set-up). At IRCAM, the technical questions are usually handled by our extremely competent team of sound engineers who always make good decisions. This process needs to be transparent for the students who are supposed to be aware of these decisions.

In this workshop, there will first be rehearsals in IRCAM’s studio 2 then a concert at the Centre Pompidou. Some choices will have to be questioned?

Yes, in situ adaptations are necessary. In this case, there will be a particular sound device. Usually, we surround the public with loudspeakers whereas in this case, they will be installed in front of the audience, like another layer of scenery with 2 loudspeakers at the back, high up, and in the front. The spatialization involves both the height of the stage and the depth, creating a perspective and therefore necessitates a properly adapted room. For example, Berio’s Altra Voce worked on by two Pole Sup’93 students is originally a scene from an opera. Adaptations will have to be found for the Petite salle at the Centre Pompidou. All this work is essential to the interpretation because there is expressive work carried out with the musicians. The electronics have to be in accord, continuous.

How are program pieces and the students selected? 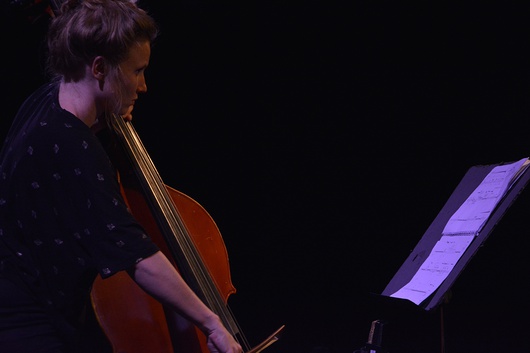 We always choose a program according to certain constraints (technical, staff, schedules…), by trying of course to find an interesting common point among the pieces. The electronic part also has to be rich, or at least that one where the students can work on it, while offering a range of different levels. For example, in Vola—a piece with double bass by Jodlowski—there are only sound files, which is easier, but doesn’t mean there is nothing to do! You still have to mix sounds with instruments.

The level of the students is never homogenous. Works are distributed according to the students’ levels. Over the three-week period each student has the time to learn and to leave workshop with something more interesting and accomplished.

What is the profile of the workshop’s candidates?

For the electronic part, they are student musicians of the Pole Sup’93 who followed IRCAM’s mixed music cursus. The others interpreters are mainly composers, few people dedicate exclusively in the interpretation of the mixed music, which is a niche. They can then interpret themselves the electronics of the repertory or be inspired by it for their own creation.

The mixed music repertory relies a lot on the implication of composers and musicians. They come to the academy, create a network that promotes this repertoire which is fairly unknown. The repertoire is then presented in several countries. This is in keeping with IRCAM’s actions with conservatories, for example.

Yes, it’s necessary to make the repertoire live and show that it’s not so difficult to set up.
This morning, I taught a group of professors from the Conservatoire de Paris so that they can use the electronics in their classrooms; something that is still rare.

Electronics are constantly evolving; how can we reconstitute it in a work with obsolete technology?

This question sometimes comes up but Berio, for example, stays independent of all technologies by proposing a frame which anticipates their evolution that can be adapted to the tools of its time. Contrary to sound files, it’s especially real-time work with musicians, like in Animus by Francesconi. Even when everything is established and when works are signed, there are moments in which we can develop new things. 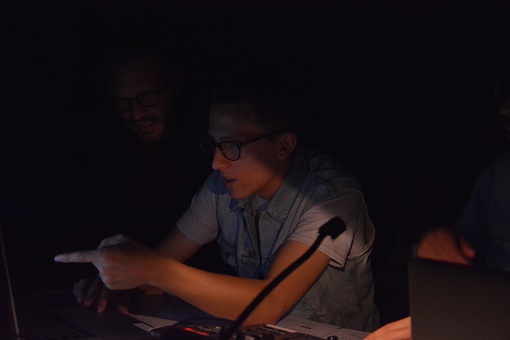 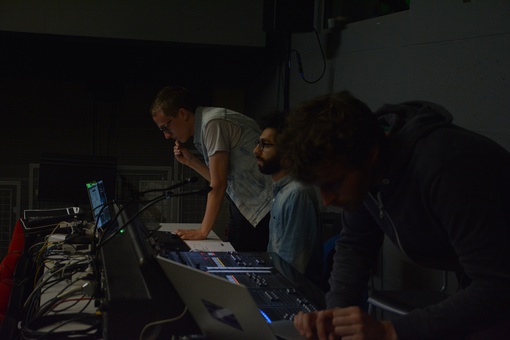 So, it’s really in the detail of interpretation and execution that there is a work to be done. Can the musician also make suggestions?

It’s possible, because just like as in any other repertoire the creations are not set in stone. In the new music in particular, works are sometimes not finished, there are imperfections which can be corrected as we go along.

Even if it’s well developed today, it seems to be an obstacle for some institutions. But isn’t material more and more accessible?

Yes, in a certain form, but it’s often fixed equipment and we need something more mobile, unpluggable, etc. The most difficult part is to be able to have a flexible studio.

Could more "mainstream" tools like smartphones be used in the future?

It’s really the future. Soon, everything will be online. That means that the electronics will go from the microphone and will be transformed in the telephone via a patch loaded in the browser that will make the audio work before leaving the device. There will also be works with interactive elements!

Is this one of projects developed at IRCAM?

Yes, Web Audio is under development. We are in the very early stages there, but a team works on the complexity of modules so that they will be usable in concerts in a few years. But even if a computer can be replaced by a phone, there will still be all the audio devices that will always be a bit cumbersome. On the other hand, for rehearsals or classes, all the electronic aspects will be much more accessible and lighter.